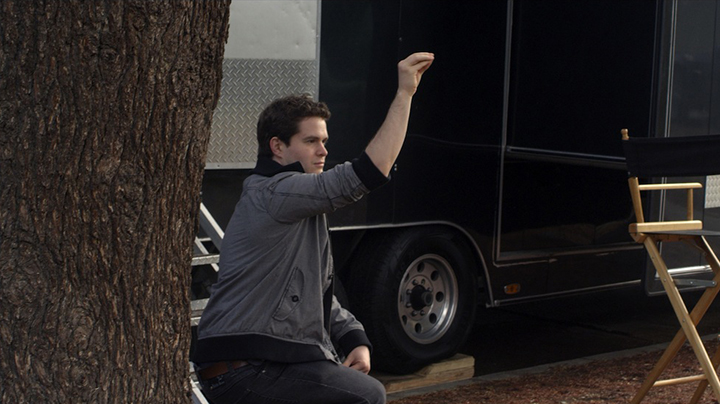 
We chat to the director about his hilarious mocku/documentary about a hand model - 'Hand Job'.

There are some funny jobs in the world - Professional Sleepers, Pet Food Testers, Fortune Cookie Writers – but one that's probably a little more familiar to those in the production scene is working as a model… or, more specifically, a body-part model. Such is the kicking-off point of B-Reel director Josh Miller's hilarious 'Hand Job' – a mocku/documentary about hand model Erik Thomas Layne.

Created independently by Miller for festivals and published online by Vanity Fair as an April Fools Day treat, the film "pays homage to hand models across the world with an in-depth, behind-the-scenes look into the grueling, cut-throat, and previously undocumented world of professional male hand modelling". With scenes involving his preferred lotion of choice to stay moisturized throughout the day, and someone to feed him at lunch to preserve the clean look of his hands, the film's perfect casting and comedic sensibilities make it a treat for those in and out of the production scene.

We were curious about how he shot the off-the-cuff (pun intended) performances, so caught up with Josh for a chat.

How did you get involved in the project?

Well, it's a funny story, actually. I was shooting a pretty straightforward commercial for a liquorice brand. But at the last minute we had this idea to have a 'magical hand' come out of these random unsuspecting places in the scene holding the liquorice. The client was, well, 'okay' with it, but I had to shoot the commercial both ways. So, while casting hand models, I had the idea to do a little sidepiece. I came across the 'hand sheet' of a hand model that described his skin tone as… wait for it… "Peaches and Cream." Naturally, I said, "Holy sh*t, this is The Guy." I hired a small crew on my own dime, and pick him up in a limo, gave him the royal treatment and shadowed him for the day.

How did the script/story develop?

At the risk of offending hand models worldwide, they can be, well… interesting. So, I had an impression of what Erich would be like, and admittedly I went into this with a preconceived notion of the character and story I wanted to tell. And I had a bunch of funny scenarios I wanted to set up and situations to put him in to see what unfolded. I wanted to make it a comedy or a spoof of the hand-modelling world. I had to be conscious of delicately towing the line of getting the material to tell a funny story, and not piss-off our hand model. I got so lucky with Erich. I told him I was just doing a behind-the-scenes kind of thing, but after about half the day, he saw what I was doing. It was pretty obvious. He just jumped in, joined in, and we created this character together.

How much of the dialogue was improvised? Do 'mockumentary' films like this need improvisation to maintain the 'real' artifice?

Well, as we worked out his character, "Erik", I would just come up with an idea, or a scenario, and turn Erich lose. Erich's a comic actor, as well, so he was great. But even I was improvising, as the director. Erich was mic'd the whole day, so I could tell him what to do, or who to talk to, and we had the potential to get some really funny moments. (After all, who expects the hand model to be mic'd?) Just one example, I asked Erich to go try and impress an actress with his hand modelling skills. Of course, she was not impressed, but it was hilarious. In another scene, I asked a PA to feed Erich at lunch, and we got real reactions from other people nearby. It was a fun day.

It wasn't scripted, but I would feed him lines in the interview, and he would repeat them, or make them his own. And, yes, he would improvise. For instance, I asked him to elaborate on his skin tone, "Peaches and Cream" and the other common skin tones. He came back with others like, "Mongolian Wool." It still makes me laugh.

Ultimately, the film succeeds because even though Erich is saying and doing some pretty absurd and contradictory things, we still like him. He still seems like a good, genuine, nice guy. 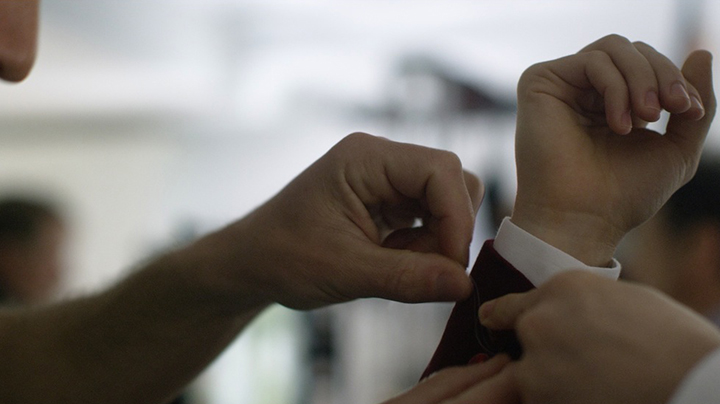 How was the shoot? How long did it take?

It was a fun but long, crazy one-day shoot. I shot both commercials, plus this, then after everything wrapped, I sat down with Erich and did the proper interview, which works as the narrative thread. Originally, I wanted to do the interview at lunch, but in hindsight, I'm glad we did it at the end. It gave us the whole day to flush out his character.

The short reminded us a little of the Seinfeld episode where George becomes a hand-model. Was that an influence for you? What else influenced the film (Christopher Guest? Other Vanity Fair docs?)?

I completely forgot about that Seinfeld episode until someone mentioned it afterwards. For me, it was total Christopher Guest, or, Ricky Gervais' Extras.

How was the edit? They say that with documentaries you have hours of footage for a few minutes of film – is it the same case with mockumentaries?

Yeah, even though it was just one day of shooting, there was a ton of footage. I knew there was something in it, a short film or a first episode of a web series. I really have to hand it to my editor, John Bradley at Cosmo Street editorial. John told the story in a really interesting, non-linear way. Ultimately, this could've been a really tight 3-4 minute piece. But the 8+ minute-film gives the subject matter more credibility – which makes it more absurd. Also, I was really conscious of towing that line of believability. We had other funny material, but it pushed it too far, too over the top. I wanted people to continue to question whether or not this was real, or not.

The film was released on April Fools Day and is a nice spoof – entertaining the audience rather than 'tricking' them. Was it fun to be asked to do something so playful? Does having something launch on April 1st heighten the expectation?!

Vanity Fair saw Hand Job before it was released, and acquired the streaming rights. I'm pretty sure it was the smallest deal in the history of entertainment, but I was excited they wanted to try and give it a bigger audience. Launching it on April Fool's Day was their idea. It's good to have a hook, especially with all the content being posted. And honestly, I started to worry that I made it too believable and people might think it was a straight doc piece. I suppose launching it on April Fool's Day tipped the scale.

Did your commercial filmmaking experience influence the film at all? Have you had any funny run-ins with body-part models?!

I guess, if anything, my few experiences with hand models on previous projects made me think they'd be a good subject to explore. Or, I'll just say it, make fun of.

What's up next for you?

Well, among other commercial and film projects, there's talk of potentially 'Hand Job – The Series!'" 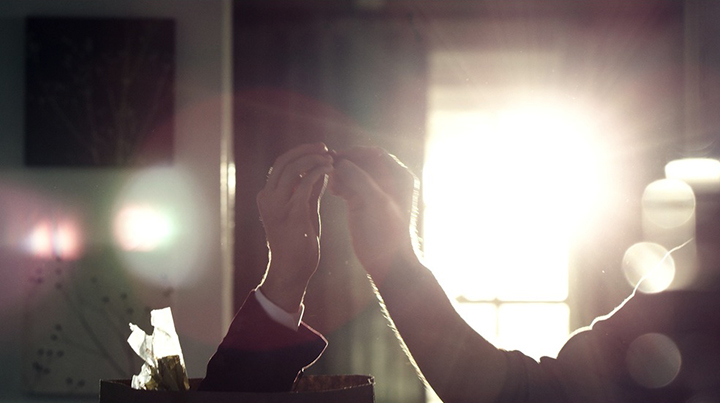 Submitting press releases to Source Creative could not be easier. Simply send a press release and any accompanying images to sourcenews@extremereach.com and we will consider it for the site and newsletter. If the release has associated films, please make sure you have either uploaded them to the site or attached a link to the email.

Some things to note:

We look forward to receiving your email!